Remote Control Dices to Get The Certain Point

Do you feel unfamiliar about the remote control dices? And be curious about it?
The so called  remote control dices means the special processed dices that can be controlled by the wireless control so as to get the wanted points.
The remote control dices are  processed by our skillful technicians. We process the dices according to your requirements after your order. No other company or factory produce the same dices as our remote control ones.
You can choose your lucky points before your game, special materials installed in the dices, and what you need to do is to press the button of the remote control, then you can get the points you want. The small control can be held in your hands or in the pocket so that others won't notice it.
it‘s no doubt that you can always win the game since you know the dice number before anyone else with this amazing remote control dices. 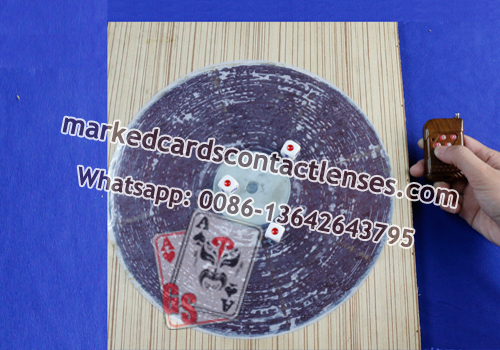