Cup Scanner To See Through Dices

Craps is one of the most hands-on games in the casino, Because of the hands-on aspect of craps, and because the game tends to draw a big crowd, craps is one of the most exciting casino table games. So here is a new method for you to get more advantages in casino games.
Have you heard the cup scanner for dices? As it named, a micro-camera has been installed into the cup or bowl. Dice scanner can help you see through this dice bowl directly and then you can know the dice number without others help. This is an amazing product for cheating at dice game and it is hard to be found by other poker players. What is more, the user could easily know the game result in a short time. Beside the scanner dices, other types also we have for you choose. Such as the remote control dices, induction dice and loaded dices. But there are something difference between them. Remote control dice could help change the game result quickly when you press the remote control. While the dice cup scanner could help you know the dice number directly. 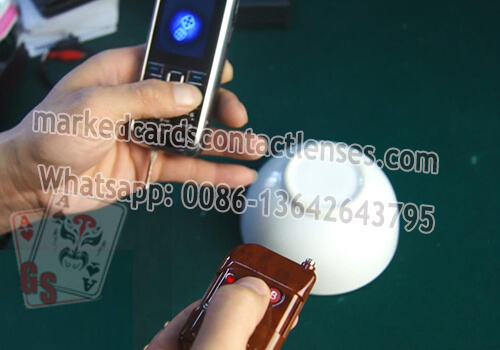